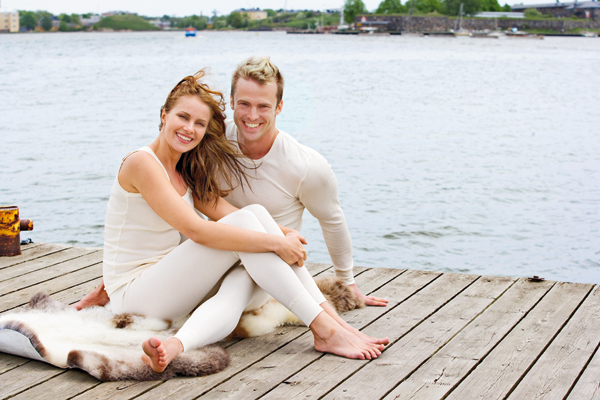 Silk binds and retains heat, breathes naturally, and is cool in hot weather and warm in cold. Silk fibre binds plenty of air into itself, which acts as heat insulation.

Thank to its fibre?s smoothness and lightness, silk feels warmer than wool and its surface cools wonderfully the hot skin. Silk consists of the same elements as human skin, therefore it is said to be like "a second skin". Thanks to its ability to neutralize body odour and absorbe moisture without feeling wet, silk is a very suitable material for underwear.

Ruskovilla silk products have not been chemically treated during production and the silk thread we are using has been given the safe textile certificate O"ko-Tex Standard 100.

Silk thread is woven by caterpillars

In ancient China the silk moth was the symbol of immortality, and its caterpillars were cared for in accordance with the cosmic rhythms of the stary sky. A small caterpillar emerges from the egg of the silk moth. The worm feeds on mulberry leaves. Approximately one month after the hatching, the worms are fully grown and ready to spin their cocoons. They spin a cocoon to protect themselves by excreting fine thread with two filaments from the spinning glands. The worm?s head rotates in a figure-eight pattern, and it spins one continous filament until the whole worm is covered. This has created thousands of meters of fine thread. Throughout the spinning, the worm follows the direction of the sun. After the cocoon is spun, the worm developes into a moth in about two weeks. The moth lives only for four days, during which it lays new eggs. 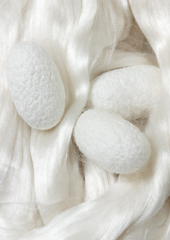